The brokerage house of Bank Ochrony Środowiska (Bank of Environmental Protection) is one of the brokerage houses present on the market the longest. Its internet portal, bossa.pl is well known to every active participant of the capital market in Poland.

The team from the BOS brokerage house contacted us when they were starting to work on the new version of their main portal bossa.pl.

The main areas, which the Bossa team was looking for help with, were: 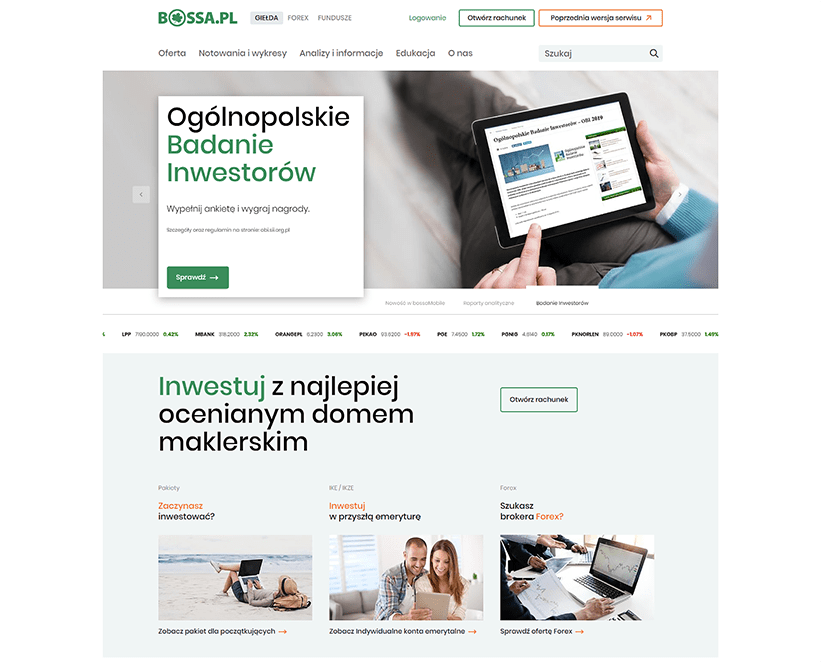 We joined the Bossa team right at the beginning of the development phase. We took part in setting up the first sprints. We worked hand in hand throughout the project, until the release of the first version and continue working together, extending the portal with new functionalities planned for further phases of the project.

The scope of our work included:

We used our experience in Continuous Integration, Docker and Drupal to help the team create comfortable development environments. We also proposed a workflow which supports the delivery of high quality code.

The Bossa team now has a fully automated process for deploying code to all environments including the production one. This allows them to iterate quickly and safely test and deploy changes to the website. The implemented system of work, which includes code review, acceptance and pre-deployment testing enables the team do efficiently deliver new functionalities. 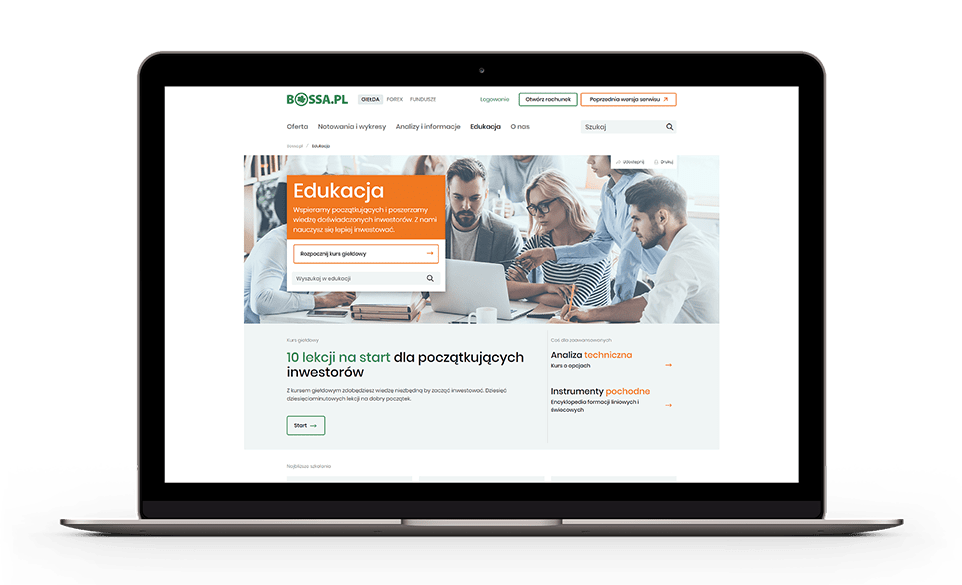 We shared our experience, proposing solutions which would be effective in the long term. It was important for the Bossa team to rely as much as possible on Drupal core features and create as little custom code as possible. On the other hand, however, they looked for solutions which would enable them to maintain well organized and easy to understand code.

One of the solutions we proposed is Layout Builder, which at the beginning of the project was still an experimental feature in Drupal, but now it's a fully supported official functionality. Thanks to this decision, the Bossa team did not have to develop any custom editorial mechanism but could rely on the features given by Drupal, saving a lot on development.

Pattern Lab and Multisite in Drupal

Another example of an architectural choice was making a decision on how to implement the Drupal theme in such a way that it would be maintainable over longer term. Additionally, one of the requirements was the ability to reuse the built elements in other websites which would be created by the team in the future.

We suggested and helped build a design system implementation based on a base theme and an end theme, built on Pattern Lab. Using Pattern Lab, we can successfully control the whole design system. Thanks to creating a base theme and child themes, we can easily add additional websites which will reuse a lot of the components, but will be able to maintain separate designs. Droptica implemented Pattern Lab and trained Bossa team in using it.

We also helped to create the correct mechanics of working in a multisite environment. Additional websites built on the system will take much less time to create. There will also be a single codebase to maintain instead of many separate ones.

Our Quality Assurance team held a training for the Bossa team on testing in Drupal. We presented the options for manual and automated tests and we suggested solutions that best suited the project.

We worked together with the Bossa team delivering functionalities. In particular our team worked on:

The cooperation of Droptica and Bossa teams resulted in Bossa.pl releasing on schedule. Since then the portal is still being developed and extended by Droptica and Bossa joint team. We are already working on new websites based on the multisite functionality

Need a team of Drupal and PHP web development experts?