The N1ED module works as a bridge between Drupal 8 and 9 versions, and the N1ED library – which is a multi-plugin for CKEditor, the basic text editor in this system. The library itself is built based on Bootstrap and its classes. In this text, we'll take a look at it and at the module itself.

The N1ED library is available in free and paid versions. The former has limited functionalities, but you can use options such as: 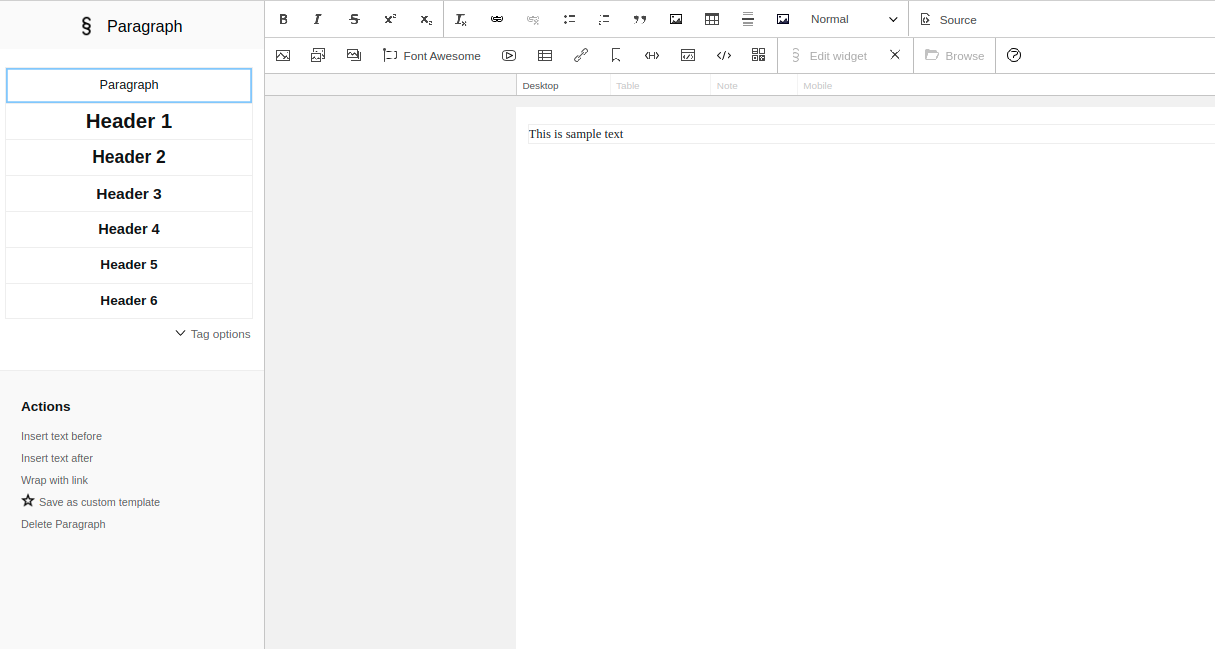 Apart from the free version of the library, there are three different paid plans that provide additional functionalities. The most interesting of them is Bootstrap Editor, thanks to which you can easily design what the website will look like in the desktop or mobile version.

Before the installation, you can see and feel for yourself how the N1ED module works and only then decide if it's worth starting to use it on your own website.

It's a relatively young module. It appeared on Drupal.org in early 2019, but it's already a stable version monitored by the Drupal Security Team. The first release of the N1ED library was earlier – on 18 December 2018.

Popularity of the module and the library

According to the official statistics, the module is being used by more than 150 websites. The library itself can be used in any system that uses CKEditor or TinyMCE, for example in Symfony, Laravel or Magento.

Download the N1ED module from Drupal.org. The module is installed in the typical way:

After executing the command you need to enable N1ED on the page with modules using Drush or Drupal Console. Support for a new plugin in CKEditor is automatically enabled for the Full HTML filter. 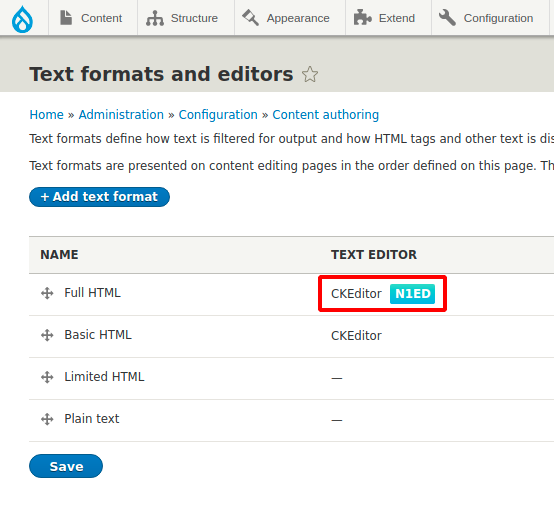 N1ED can be enabled for any text format. Just set the switch to the desired position in the text format edit options.

In the same place, you can set your own API key which is required for the plugin to work. After the installation, you use the default key provided with the module which gives basic free functionality. 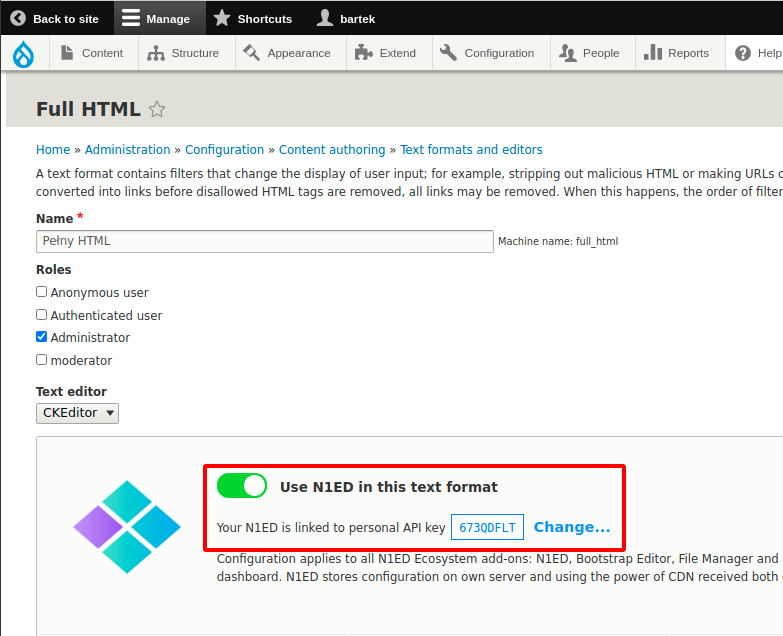 Although the free version of the library is very limited in terms of available functionalities, it provides a new look and feel for adding content in Drupal. In addition, it helps you to control the text and elements you enter. We use both the library and the N1ED module as part of our Drupal development services.

How to add new button (plugin) to CKEditor pt. II

Flexible and easy content creation in Drupal - the Paragraphs module