Website statistical data is required knowledge if one wants to effectively manage the website, and thus – determine the directions for its further development. Thanks to numerous Drupal modules, you can make the necessary improvements also via integrations with Google Analytics. In this article, you will find information about the GoogleTagManager (google_tag) module, thanks to which you can conduct an effective and structured analysis of your website.

The need to put external scripts on websites dates back to the 90s, when webmasters got a taste for counters and guest books. Over the past three decades, simple external services have evolved into advanced and powerful solutions such as: Salesforce, Hotjar or Mautic, the implementation of which we provide at Droptica. Modern websites use dozens of tools to research user behaviour, collect the data on visits and for A/B testing. Today it is difficult to imagine effective marketing without them.

The Google Tag Manager service was launched in October 2012, and the Drupal module to support it was released in February 2014. A stable version of the module for Drupal 8 was released only at the beginning of 2018. The development was quite slow, however google_tag was very stable from the beginning.

It must be said that the module has won over a large group of users. According to official statistics, it is used by over 51 thousand websites while more than half of this number are websites based on Drupal 8/9.

Jim Berry from Boombatower is responsible for the maintenance of the module. He is a developer who has made a huge contribution to the Drupal community. He is the author of over 1500 commits in dozens of projects.

The google_tag module is used for advanced integration with Google Tag Manager, reaching much further than simply pasting the GTM script into the website code. Here you have access to user roles and exclusion lists, among others. I will present all these functionalities later in the article.

The google_tag module has a default configuration that will work for the vast majority of applications. However, it is worth looking into the advanced settings, which give more control over the included scripts.

A novice user will certainly ponder what the list of containers available in the configuration panel actually is. Well, the latest versions of the module allow you to handle more than one GTM container (in other words: various unique identifiers assigned by Google). Such a solution works perfectly when you have a page farm for which you can separate common scripts stored in a shared container.

The form for adding a container mainly contains its unique identifier (Container ID) obtained from Google and a label that will be used to recognise individual containers within the Drupal administration panel. 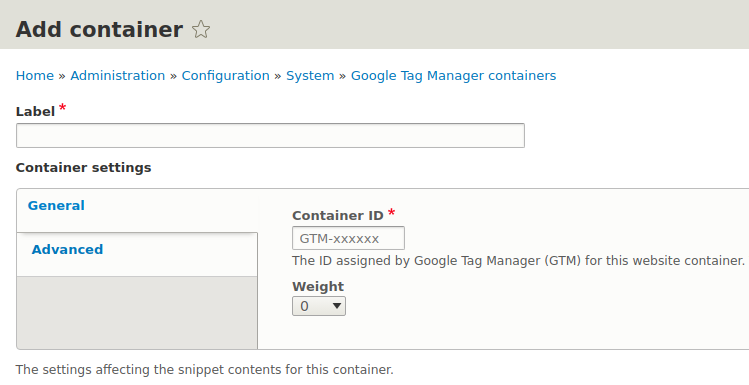 In the "Advanced" tab you can find three interesting settings: 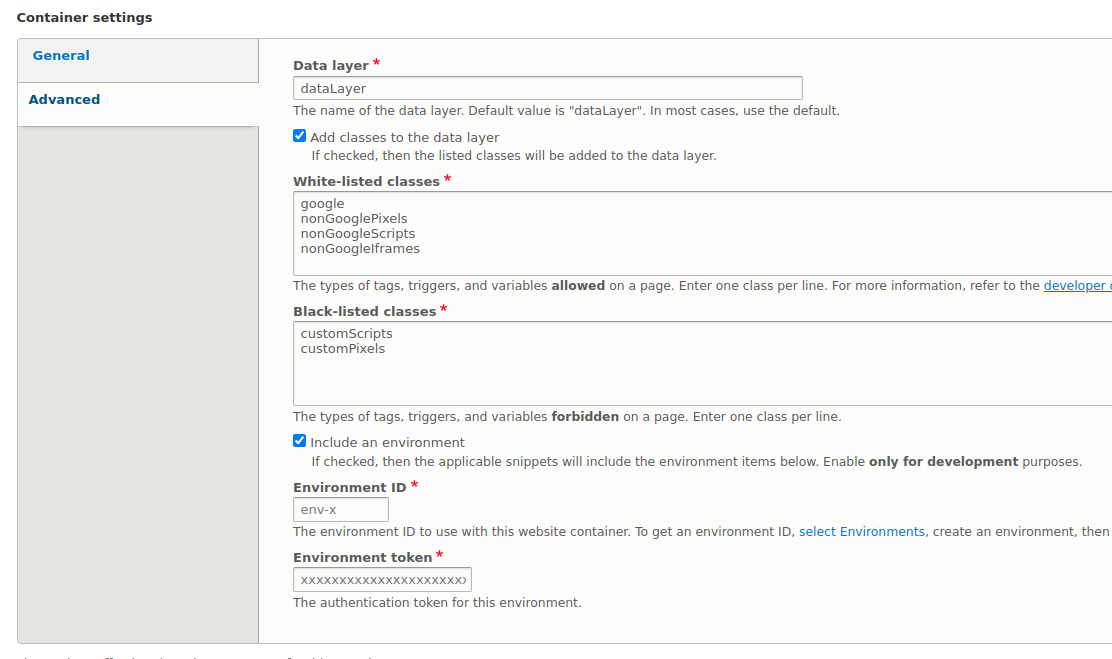 A bit further down you will find the exclusion settings. The GTM script can be activated and deactivated based on: 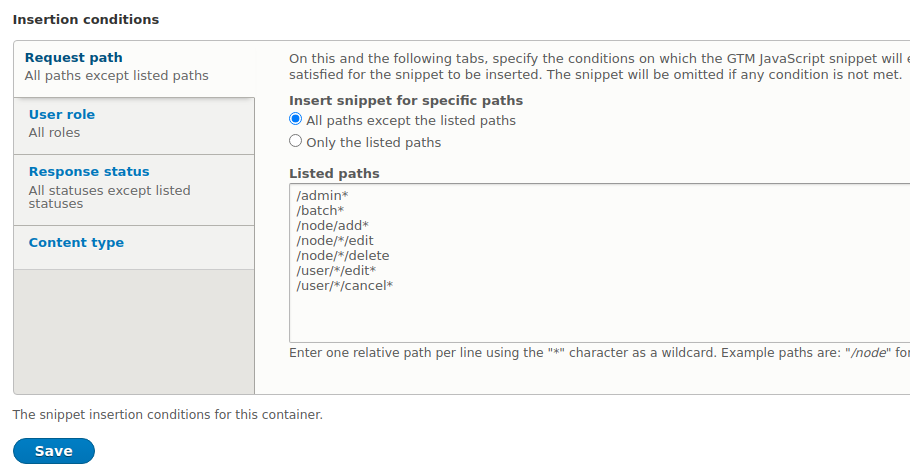 In the settings tab there is a configuration common to all containers. There are several options to improve the performance of your website and make debugging easier.

The first four settings are for the optimisation of the JS script delivery that supports Google Tag Manager. I recommend leaving the recommended values here, and at the same time I would like to warn you against possible errors returned in the website log. During projects in our Drupal agency, we often encountered a situation where the GTM script file was not generated due to the lack of directory permissions.

In addition, it is possible to implement plugins providing Conditions for placing the Google Tag Manager script on the website.

In a previous article I discussed in detail the integration of Drupal with Google Analytics. I am sure that use of the above, together with the google_tag module described in this text, will make website analysis even more effective and orderly. The google_tag module has almost become an industry standard over the past few years. I recommend using it and exploring the possibilities that the world of Drupal tags and data layers opens up for us. 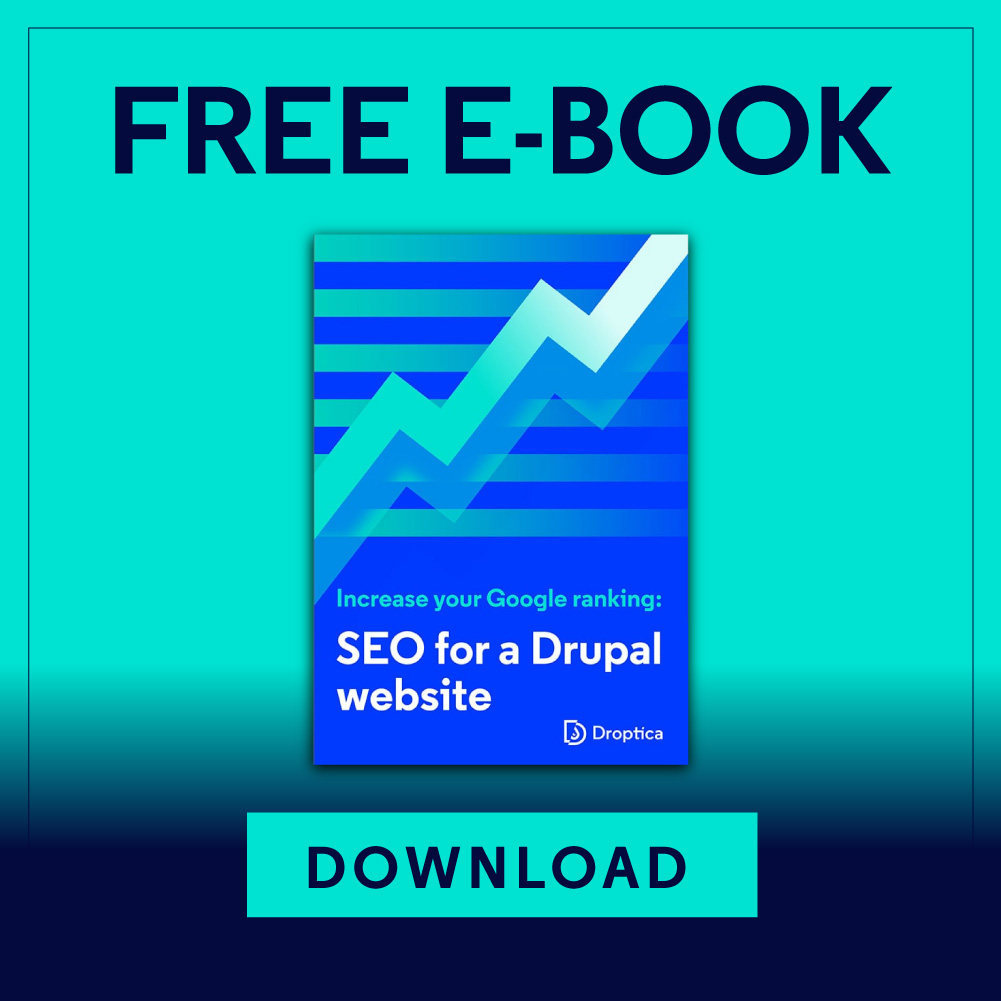