During a website audit, it is possible to detect whether changes have been made to the Drupal core, modules and contrib themes. How to do that? The most effective way to do this is to use the Hacked! module.

The module was released on 8 October 2009, and the last modification was introduced on 13 February 2020. Hacked! has a version for both Drupal 7 and 8.

Drupal.org reports that the module is being used by approximately 16,000 pages of which 15,100 are Drupal 7 pages and 900 are Drupal 8 pages. In the case of the Hacked! however, this is not very reliable information, as it is a module that should only be used in development environments for a short time and should be uninstalled after the work is done. So, one could rather say that 16,000 pages have the module installed incorrectly.

The user ivnish is maintaining the Drupal 7 module. Nobody maintains it for Drupal 8 at the moment.

The Hacked! module is an indispensable tool in the work of every professional Drupal agency. At Droptica, every new webpage accepted for Drupal support is being scanned with the Hacked! module for changes in modules.

We carry out checks in order to find any manual modifications to the Drupal modules and core. There are several goals for finding such changes:

We follow the above steps to be able to update modules easily and quickly to the latest versions without the risk that we will remove or break any functionality that someone has hidden in a contrib module. At this point, I encourage you to read the article on how to Keep Your Website Safe And Up-To-Date With Drupal Support.

Without the Hacked! Module, we do not have easy insight into changes introduced to a given contrib module, and in the case of an update, tracking down the modifications without using this module will be time-consuming.

In order to install the Hacked! module, go to the project's page at drupal.org or use the Composer we wrote a separate article:

After the installation, you can configure the module by going to

The module has one configuration option:

In other words: if the developer opens the file in Windows and saves it while "Include line endings" is selected in these settings, then differences in line endings will be listed during the file check.

After installing the module, go to

or use the drush command:

The report generation process takes up to several minutes, depending on the number of files to be checked.

The Hacked! module provides a page with the report. We can find it under:

or by going to the "reports" tab in the admin menu, and then using the "hacked" link

In the given example, you can see that the module "Better exposed filters" contains some changes. Let us check them out:

If you have the additional Diff module, you can easily see the exact changes in each file:

Changes can also be observed using drush commands. In order to list the modules containing changes, use the command: 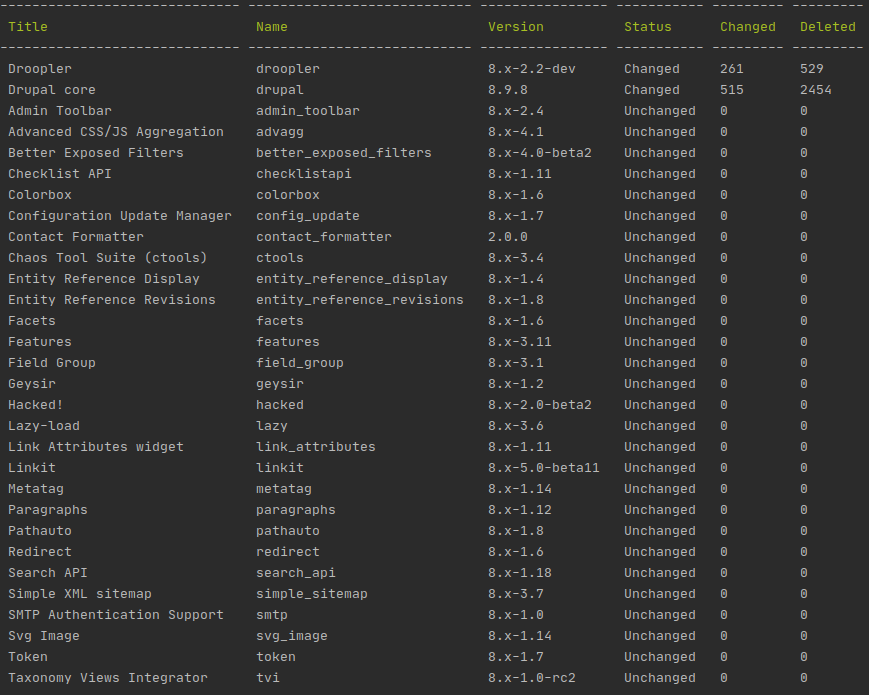 In order to list the names of the files containing changes, type:

or use the alias: 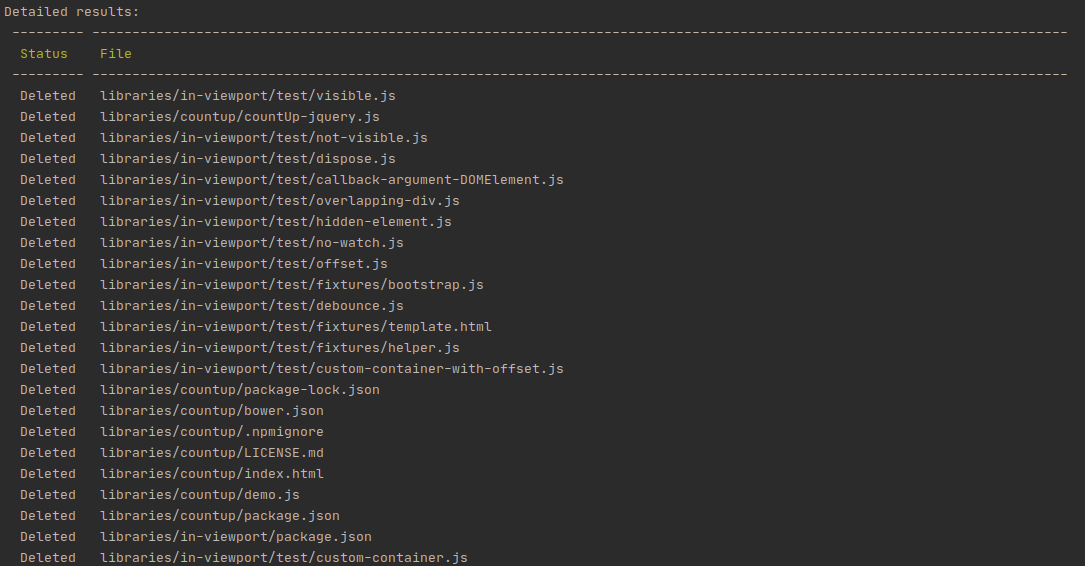 In order to list the modifications in individual files in a given module, use the command:

Changes to the sample file: 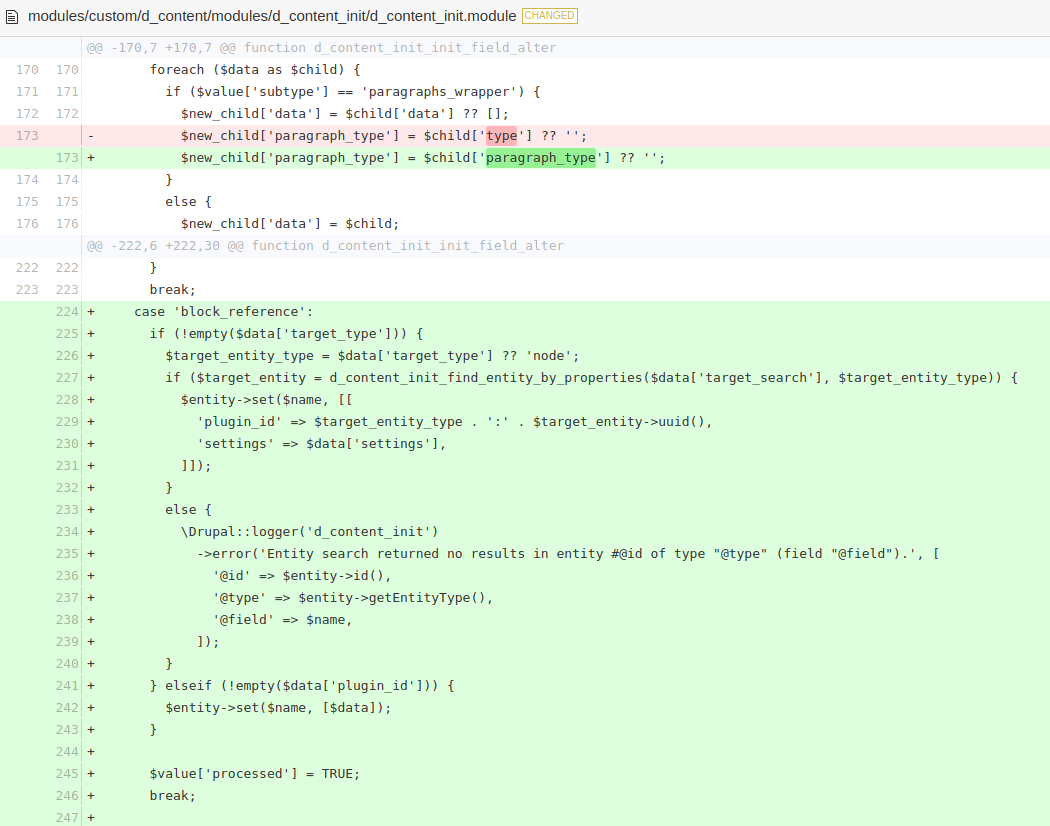 There are several file integrity checking modules, including MD5 Check, File Integrity Check, but they are not widely used. MD5 Check generates a checksum for files and on this basis informs the admin about changes. File Integrity Check, on the other hand, creates a "fingerprint" of the entire page and informs the admin if there are modifications to it.

We recommend installing the Diff module, which allows one to clearly track the changes between the current version of the file and the one downloaded by the Hacked! module.

The Hacked! module solves the problem of searching for modifications in the Drupal core and contrib module files. It provides a functionality which, in combination with the Diff module, allows you to see the differences between the original and modified files clearly.